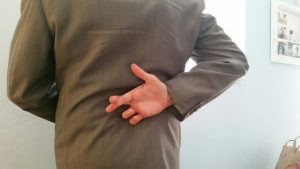 Once, when working with a client, we had a rather vehement argument in which he tried to convince me to add blatantly untrue things to his resume. I refused. I pointed out the consequences of lying on hisresume. He laughed in my face, and bragged that at his very first job he submitted a completely fictional resume, was hired based on fake qualifications, and went on to prove he could do the job. He just needed that lie to get his foot in the door and start his career. Besides, everyone lies on their resumes. Right?

So first off, if you’re thinking “Well he got away with it, so it can’t be that bad,” let me tell you right now: he didn’t get away with it. First, I refused to add the falsified information to his resume. However, he refused to tell me which parts of his early history were a lie, so I couldn’t delete those to keep his work history 100% honest. He went out with a resume that still had false information in it, and he got caught. On his very next job application they ran him through a background check and followed up on old employers. He was caught, humiliated, and shamed out of an interview. In another job he applied for, they had heard of him from a colleague at the first company. This shit catches up to you. He finally came back to me and asked me to fix his resume so that anything dishonest was removed.

I did. And he had a damned fine resume when we were done. He was actually extremely qualified and quite good at what he did, so why he felt the need to lie was beyond me. But he almost ruined his career for it.

This is the shit that happens when you lie. But let’s break down a few more things:

In the digital age, it’s easy to catch your lie.

You might think the preponderance of information on the internet and how easy it is to fake information would also make it easy to get away with it. It doesn’t. You leave a trail like you wouldn’t believe, as you browse online. A good deal of what you think is personal information is a matter of public record. But even if it’s not, it’s extremely easy to Google the companies you worked for and institutions you graduated from to get in touch with someone there and find out, in minutes, if the information you supplied is true – or if those institutions even exist. You are not a master spy. You cannot craft a false identity that will pass muster when the internet makes it so damned easy to out you.

You can get fired even after the lie got you hired.

Even if you managed to get past the initial hiring phase without getting caught out, sooner or later something won’t add up and someone will sniff out your deception. Suddenly your shame is publicized in front of the entire company when you get called up for an investigation and a very embarrassing conversation with HR. When security escorts you out, everyone will know why.

You will ruin your reputation.

People talk. Just like the client I mentioned, you’ll be whispered over, cursed at, laughed at. People will hang out with their professional friends and roll their eyes over this guy who tried to get by lying about graduating from Harvard with six degrees in nineteen languages when he can barely manage to craft a basic English resume. They’ll trade names. They’ll recognize you. As word gets around, no one will even bother to consider you and you’ll find those interview calls coming fewer and farther between. It’s not worth it. Don’t risk it.

Lying can have legal ramifications.

Imagine if you lie about being an ISO Certified Auditor just to get a job in quality management. You swear to yourself if you get the job, you’ll actually finish that auditor course – but you never get around to it. So you fake it, and ISO “certify” several manufacturing plants. One of those plants has a catastrophic safety issue that, were you actually ISO certified, you would have caught before several people were injured and several million dollars’ worth of property was destroyed. The company could be held legally liable for the damages, both personal and professional…but if they find out you lied? Most likely the one legally and financially liable will be you.

Your lies can affect more than just you. They can affect your company and its customers. You can cause physical, emotional, and monetary harm to people by trying to get away with faking it.

There are better ways to do this.

There is no truth so terrible that you can’t find a way to spin it into a positive and let your resume sell you on what you’ve actually accomplished, versus what you’ve faked. If you want to get ahead that badly, do the things you would have lied about. Get those certifications. Go back to school. Go out of your way at your current job to make amazing things happen, so you can fill your resume with honest accomplishments instead of desperate, contrived bullshit.

It’ll come back to haunt you.

Learn more about how lying can screw you over and how to, instead, make the best of the truth in THE 13 WAYS YOU’RE F*CKING UP YOUR JOB SEARCH.
No one likes being called a fuckup, but I’d bet you like being a fuckup even less. Get more extensive how-to advice on cleaning up your job search game, sprucing up your resume, tackling interviews, changing career paths, discussing salary negotiations, how not to be an utter shit in the workplace, and more with 300+ pages of advice mixed with vitriol, anecdotes, and a few questionable comments that made my editor say “…seriously, Adam? Why.”
$4.99 on Amazon | Free on KindleUnlimited 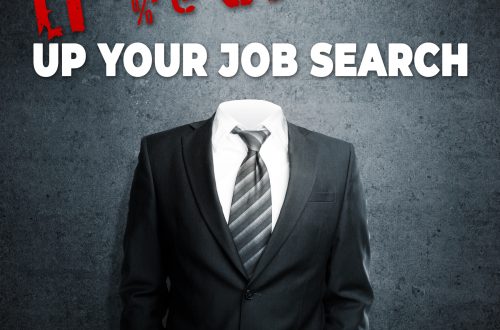 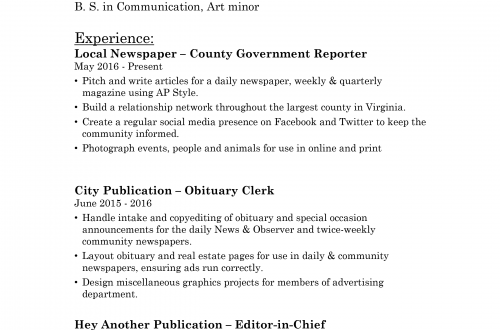