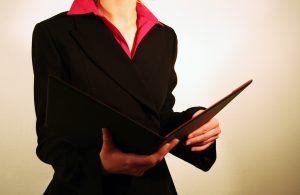 So you’ve just come back from a job interview. You thought it went pretty well. But you wait and wait and wait, and don’t hear back for days. Maybe a week later, you get that dreaded email that thanks you for your interest, so sorry, they went with another candidate – or maybe you don’t get any response at all, and they ghost you like a bad date. So what the fuck went wrong? Why don’t they appreciate you for the precious snowflake you are?

It didn’t go as well as you think.

The point is you need to be self-aware, more than just checking yourself in the mirror before you go in for your appointment. The interview isn’t just for you to talk. It’s for you to listen. Learn to read the room and respond appropriately to nonverbal cues that you’re stepping in it. If you feel like you’re putting your foot in your mouth, don’t panic. That makes it worse, when you lock up and start babbling inanely with no idea what you’re saying and your face frozen in a rictus of terror. Calm down. Take a deep breath. Reorient, and be as pleasant as possible without trying too hard to charm.

People miss this one rather often. I’m not faulting anyone who doesn’t have the means or funds to secure more appropriate interview clothing (though there’s no shame in Goodwill). But people dress too casually or too sexy, sometimes because they don’t give a fuck and sometimes because they’re honestly hoping to use other assets besides their career history to impress. Don’t take the risk that you’ll end up leaving a bad impression because you were trying to be cute or just not feeling yourself today. Take the effort to find out what the dress code is at the job, and dress one step up.

Your interview answers were off the mark.

I will not give cheesy, facetious shit-eating answers in my interviews.

You think you’re being clever when someone asks your dream job and you say “This one!” You think it’s adorable and smart when someone asks your greatest flaw and you smirk and say “I’m a workaholic.”  You think you’re a fucking genius when an interviewer asks if you work better alone or in teams, and you say “I’m flexible, I can adapt to anything!” when you know you’d rather be left alone to get shit done but you’re scared of giving an unfavorable response.

You’re not impressing anyone.

You’re coming across as a smarmy little shit who needs a reality check and is far too impressed with themselves.

Barring that, look…you can’t give a perfect interview answer. This isn’t the PSATs. There is no right answer, and if you rehearse what you think is the “right” answer to common interview questions you’ll just end up reciting trash that sounds wooden and forced. Your answer will differ depending on the company and the exact question asked by the interviewer, so it’s okay to wing it. What matters is having the self-possession to answer cogently on the fly, rather than memorizing your exam crib sheet.

You didn’t send a follow-up letter.

It’s the modern age of efficiency. Courtesy is dead. Which is why you stand out more when you bother to take that extra step, and show employers the courtesy they expect by sending a politely-worded follow-up letter. A follow-up letter is short and simple, thanking the interviewer(s) for their time and recapping a couple of key details of the interview. It’s a good place to propose additional communication and take initiative; if the interviewer discussed specific projects, for example, you can take the follow-up letter to say you’d love a chance to talk to the interviewer and managers again about some ideas you had for X project based on your experience with similar projects. Follow-up letters (also known as thank-you letters) are a good way to cement a positive impression and keep you in the forefront of interviewers’ minds.

It’s highly statistically unlikely that you were the only candidate called in for an interview. There were likely dozens, and generally employers can only choose you, Pikach–er, I mean they can only choose one. That means a hell of a lot of short straws, and pretty often that short straw is you. You weren’t the best choice. It happens. Deal with it, as you can’t change it. Move on. Apply for something else.

Do not, however, demand an explanation. I’ve had clients do this, and every time it galls me at their audacity. Frankly I’m amazed that the employer / hiring manager even responded, in the cases where they do – and it’s a testament to their professionalism and patience, not an indication that this is ever a good idea. You won’t earn brownie points by demanding to know “Why not me?” You’ll just leave behind a negative impression that could crop up to haunt you in surprising ways later.

So how can you do better?

The best answer is to be prepared. Don’t just go in on a wing and a prayer without knowing anything about the company or who’ll be interviewing you. Don’t throw together an outfit five minutes before you need to run out the door. Don’t skimp on the courtesies. Aim for jobs you have a better chance of getting. Take professional certification courses to sweeten the pot and make yourself a more attractive option. Don’t act like a complete assturd.

You’d think a lot of this would be common sense, but you’d be surprised for how many people it isn’t – or if you at least know the common sense of it, you don’t know how to turn that common sense into practical action. For instance, when it comes to answering interview questions, your best resource is your own resume. I don’t mean look at your resume for the answers; I mean review your history, know yourself, and have the composure to come up with a decent answer relevant to the question just based on your own knowledge of your history and capabilities. You can’t prep for an interview by memorizing answers because you don’t know what they’ll ask. Instead just keep a bullet list in your head of your key selling points and critical career moments, and use that knowledge when deciding what to say.

Treat everyone with courtesy and respect. It doesn’t matter how you feel about who they are. You’ll be working with them if you get the job, which means you need to treat them with human equanimity and respect. If you catch yourself feeling as though someone doesn’t have a right to interview you because they’re ___________, the problem isn’t them. It’s you. It’s going to show, and you won’t get that callback.

Get your shit together.

Be a decent human being.

Dress like you damned well care about getting the job. 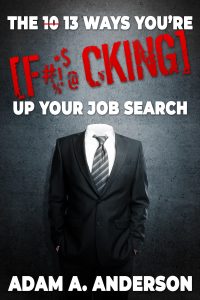 Learn more in-depth tips about how to combat these issues, how to write a good follow-up letter, how internalized bias affects your behavior in interviews, how to dress for interviews, and how to respond to the most common interview questions in THE 13 WAYS YOU’RE F*CKING UP YOUR JOB SEARCH.
No one likes being called a fuckup, but I’d bet you like being a fuckup even less. Get more extensive how-to advice on cleaning up your job search game, sprucing up your resume, tackling interviews, changing career paths, discussing salary negotiations, how not to be an utter shit in the workplace, and more with 300+ pages of advice mixed with vitriol, anecdotes, and a few questionable comments that made my editor say “…seriously, Adam? Why.”
$4.99 on Amazon | Free on KindleUnlimited